Ten Things Maptia Believes In After Traveling The World: Chapter 3

Today’s chapter discusses the perspective Maptia gained from their 1000 day journey. Don’t forget to read chapter one and two. 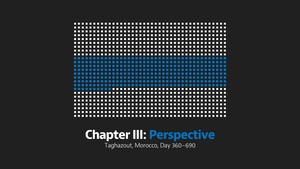 Be Like a Cockroach (But Don’t Actually Eat Them)

The decision that followed was probably one of the most reckless, but ultimately one of the most rewarding and worthwhile, choices we have made to date. Before the fog of mentor whiplash had cleared, we had packed up our essentials into three backpacks and boarded a flight to Morocco.

Time and time again the universe conspired in our favour as we swiftly settled into our wayward home between cultures, in the tiny Moroccan village of Taghazout, just a few metres from the Atlantic ocean.

Needing to stretch our remaining funds for as long as possible, our office chairs and standing desks were haggled from a nearby scrap-yard and every Wednesday we took a big backpack to the aptly-named ‘Banana Village’, where we filled it with fresh fruit and vegetables from the local market. This kept our food bill down to $10 per person per week. We got creative in the kitchen, and one of the, erm, highlights was Jonny’s accidental masterpiece, ‘Noodles à la Cockroach’ (don’t ask).

As anyone who has lived in a country where cockroaches are a part of daily life will know, they are incredibly hard to kill, and more than once they have been used to describe startup founders who simply won’t give up (Airbnb’s founders were famously described as cockroaches by Paul Graham because they resorted to selling novelty cereal to keep the lights on.) 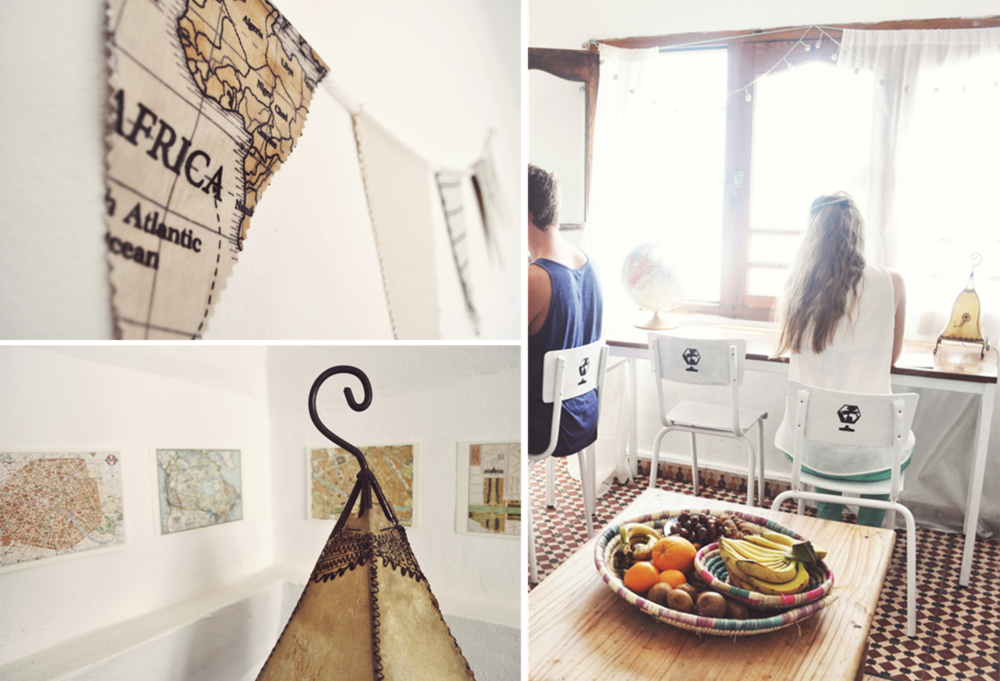 During the 10 months in Morocco we were determined to do whatever it took to keep Maptia afloat, even if that meant actually eating the cockroaches… Ok, ok, we’ll admit that was actually a truly terrible mistake and Jonny is yet to be forgiven, but being resourceful and getting creative when things get tough is often critical for a young startup to succeed.

Most importantly, Morocco also allowed us to step outside the startup echo chamber and find a sense of perspective and clarity.

Like many young founders, we have a tendency to burn the candle at both ends. Taghazout surrounded us with ways to keep our perspective and to take time off — from hiking, to rooftop yoga, to surfing. We were moderately successful at achieving this balance, because as anyone who has been a startup founder will know, it can be incredibly difficult to switch off when there is an endless list of things you should be doing to move your company or product forwards, and reach that next milestone.

Build a Company You Wouldn’t Ever Want to Sell

When we left Techstars, we knew exactly what our ‘why’ was not. It did not involve growing as quickly as possible, with the ultimate goal of making a financially lucrative exit through an acquisition or IPO.

Whilst we can appreciate this approach may be compelling for others, the thought of pouring every iota of our time and energy into Maptia, only to sell out at the end for a load of cash, was not one that resonated with us. Founder Zach Klein suffered from post-acquisition regret after handing over the reins to Vimeo, and just as he advocates, we want to build a company that we wouldn’t ever want to sell.

A few months after arriving in Morocco, following a lot of rooftop brainstorming and soul-searching, we realised that the essence of our mission was storytelling.

We believe that powerfully told stories can foster empathy between cultures and across continents. Stories like these encourage us to care more for the people and the environment around us, and inspire us to make the most of our time here on this planet.

It was with this new-found purpose, and a lot of late night designing and coding, that the three of us — along with our lovely illustrating intern Ella Frances Sanders and the generous assistance of our good friend Ken Keiterwith the back-end development—launched the first version of Maptia at the end of last year.

Beyond defining and discussing our purpose or mission internally and as a team, one of the most profound things we did whilst in Morocco was to start sharing our mission and philosophies with our community.

We distilled our approach to travel into an eight line manifesto and took a picture of it while leaning out of the window in our HQ in Taghazout. By leaving a blank space for our founding storytellers and wider community to sign the manifesto, we gave them the opportunity to make it their own. 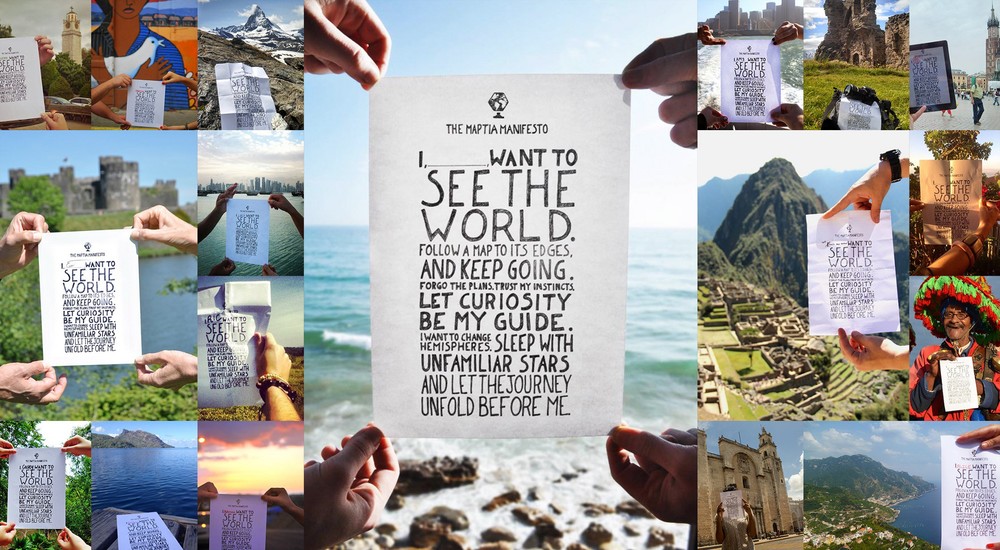 Since then it has been humbling to see our manifesto shared hundreds of thousands of times across the Internet. To this day it remains a pleasure to open our inboxes and find photos of printed and signed manifestos, sent by our community from far flung corners of the globe.

We feel very fortunate to have found our purpose and mission — it’s what keeps us going when things get tough — and we continue to evolve its nuances and the way we are putting it into practice on a daily basis.