Ten Things Maptia Believes In After Traveling The World: Chapter 4

Today’s chapter discusses the perspective Maptia gained from their 1000 day journey. Don’t forget to read chapter one, two, and three. 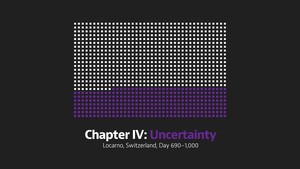 A month or so after launching the first version of Maptia, we returned to England to spend Christmas with our families, and on New Year’s Day we woke up with a serious hangover. Unfortunately this wasn’t the type of hangover that could be fixed by a fry up breakfast and a smoothie — it was more of an emotional, existential hangover.

It had been brought on by the fact that no matter how many hours we put in, it never seemed to be enough. And despite having successfully launched the first version of Maptia with encouraging and positive feedback from our founding storytellers, our hard work still felt like a drop in the ocean. After all, it was only a closed Beta. We knew that we needed to find a way to fund ourselves whilst we built the next version and worked with our community of writers and photographers to improve our storytelling tools.

We felt torn between the urgent need to become sustainable and to grow Maptia into something with a tangible impact, whilst at the same time not compromising on our philosophies or the integrity of our company. And although we still believed wholeheartedly in our vision for Maptia, we found it difficult not to feel terribly inadequate when comparing ourselves to bigger, better-funded, and more experienced teams.

This train of uncertainty hit Dorothy particularly hard, leaving her feeling like a failure and a fraud: struggling desperately to see the positives and progress we had made, finding it tough to muster the courage to continue, and feeling that nothing she had created was good enough.

To be honest, during the past 1,000 days we have all experienced a constant oscillation between inspired, possibility-fuelled highs and intense, anxiety-filled lows that have sometimes got the better of us.

And could these uncomfortable, and often intense feelings of uncertainty have been be avoided? Perhaps. Perhaps if we had taken a safer and more conventional route out of university. Perhaps if we weren’t so concerned about doing anything that might compromise the philosophies of our company. But do we wish that things had been different? Absolutely not.

We have come to believe that the bumps are an essential, humanising, and humbling part of the ride. It is human nature to require a threshold of safety, and it is always easier to remain within the realms of what we know and not to venture out into Terra Incognita. But if we can muster up the courage to lean into uncertainty—to dare greatly, to expose ourselves to the risk of failure, and to embrace those feelings—then it becomes fuel for the fire and we will know that you have been living wholeheartedly.

So we revisited and renewed our core values and our mission, and spent time re-reading some of the wonderful stories that people had already published on Maptia.

We agreed that were still absolutely committed to doing whatever it took to give Maptia the chance we believed it deserved—even if that meant moving again and working freelance a couple of days a week. (We had already committed to not rushing the business side of Maptia at the cost of authenticity or functionality, and we decided that we felt comfortable supporting it ourselves for now. You can read more about our plans and ideas for the future in our FAQs.)

So although we were still wrestling with the demons of uncertainty and self-doubt, in February this year we relocated again, this time to Dean’s homeland: Switzerland.

With renewed vigour and energy we set out to build Maptia 2.0 to the best of our ability — a big step forward in terms of functionality and design — assisted by the generous feedback of our founding storytellers. 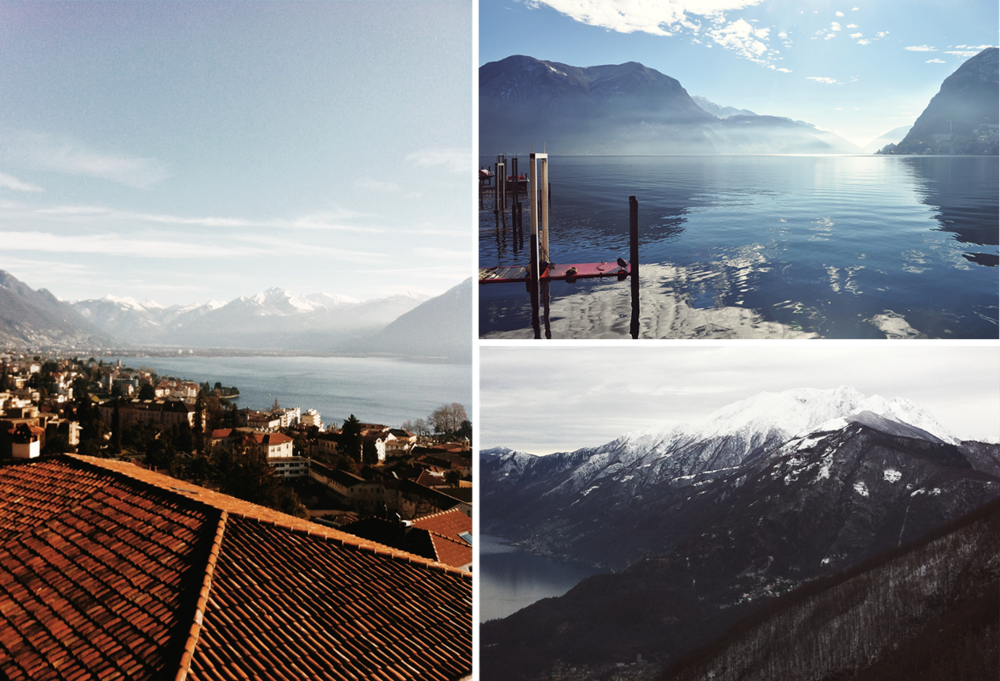 The brilliant designer Frank Chimero takes the uncommon approach of consciously ‘doing things the long, hard, stupid way’. He describes this extra labour and attention to detail as being like a ‘gift’ — comparable to ‘a carefully prepared dish or a well-phrased paragraph.’ And there is always a sacrifice entailed when you give a gift. Oftentimes, the bigger the sacrifice, the more value that is bestowed on that gift.

We try to think of building Maptia in these gift-giving terms, however in many ways this approach is the antithesis to the prevailing paradigm of the ‘lean startup’ rationale. We do, of course, believe that efficiency matters, and we are always trying our best to work in smarter ways, but we also believe that anything truly worthwhile takes time.

So after a somewhat emotional start to the year, the past three hundred days have actually been amazingly productive and creative. We found a great freelance partner who has been really supportive of our work at Maptia, and our philosophies and skills have matured, filtering down to the design and functionality of Maptia 2.0.

Give Back and Expect Nothing in Return

Many times over the past 1,000 days we have been the immensely grateful for the advice and support given freely by our Techstars mentors, our fellow founders, and the wider startup community. We have also been on the receiving end of countless kind and encouraging gestures from our community of founding storytellers.

For example, earlier this year, one of our founding storytellers Daniel Perlaky introduced himself by contributing not one, but six moving stories about his experiences in Nepal. He then offered to dedicate his available time to helping us out however he could, without any expectations. We accepted his generous offer, and it quickly became evident that not only was Daniel a kindred spirit who believed in our mission, but that he would also be a talented and hard-working addition to our team. We feel incredibly fortunate to have had Daniel on board as our fourth member of our team for the past eight months. 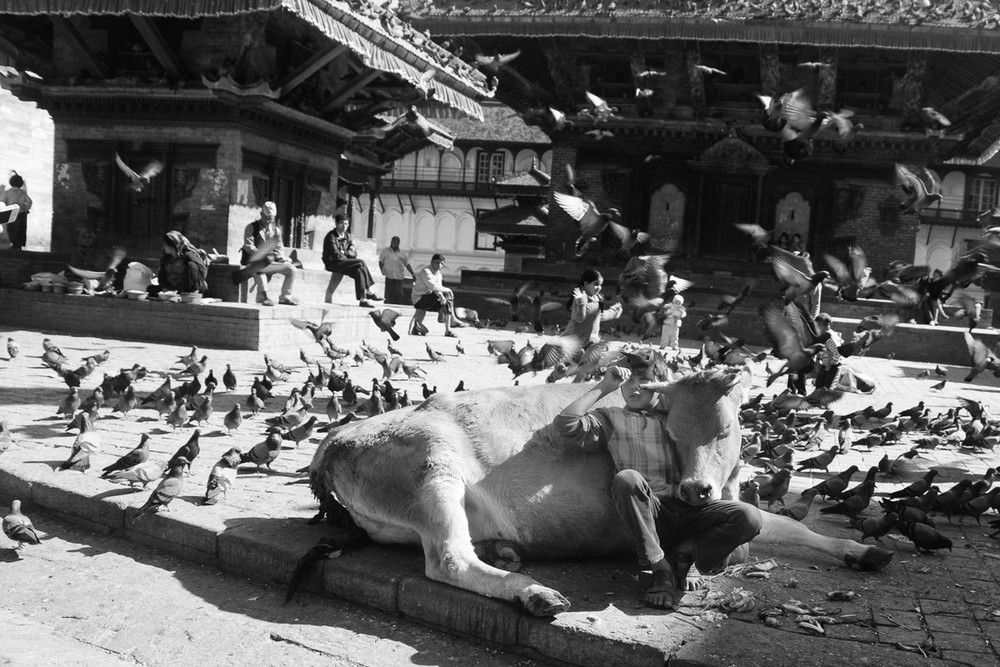 Few would disagree that giving to others without expectation of something in return is something that we should all do in life, but when it comes to startups, it is often harder to put this into practice. When we’re knee deep in our task lists, or struggling to make as much progress as we would have liked, it is easy to brush aside a simple request for help.

And though it may be tricky to break out of this mindset, we’ve found that helping others makes us feel pretty good, and more often than not, giving back leads to serendipitous connections and benefits down the line — benefits that we never could have predicted.

We recently volunteered to help out Mark Tuschman, one of our founding storytellers, with the design and marketing for his Kickstarter campaign to publish a beautiful and moving photo book about the courage of women living on the edge. Mark went on to raise more than $60k for publishing his book and it was incredibly rewarding to be part of his journey.

Giving back without expectation, and paying-it-forward all the help and advice we have received, even when we think that we don’t have time, has become an important part of who we are as a team.

Life Should Be One Hell of a Story

The last 1,000 days have been a swirling, chaotic, and colourful ride for us — with some intense highs and lows. Somehow it doesn’t seem possible that those tiny squares represented 1,000 days.

Three years have gone by in a flash, and although individual days may have been challenging or stressful, when taken together they have taught us a great deal, and we are immensely grateful to be on this journey.

This might sound a little cliché (ok, it is a cliché), but it really is the journey, and not the destination, that matters the most. And perhaps we can take this even further and say that just setting out on a journey matters even more — because after that first step, some kind of journey or adventure is inevitable.

The year before we founded Maptia, Dorothy and Dean climbed Mount Aconcagua on the border of Argentina and Chile. It’s a fifteen day hike to a 6,962 m high peak. One beautiful evening they were barely half way to the summit, sat with a friend looking out over thousands of smaller peaks rolled out below them. They knew then, that the journey had already been a great success whether they made it to the summit or not. Just deciding to set foot on that mountain had already rewarded them with an experience they would never forget.

They were at the summit for just 30 minutes. And yes, being on the summit was incredible. But the journey there — all the training and preparations — took the better part of six months. It is these journeys that make up the stories of our lives. The brief moments of triumphant success are just another step on the path. 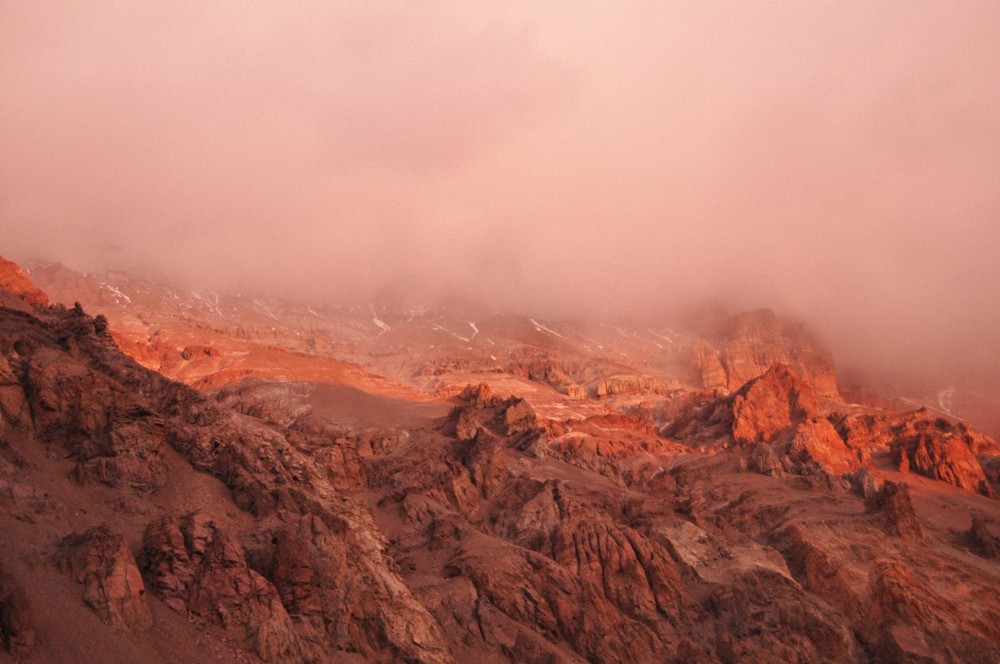 With Maptia, it is the way we build the company and the steps we take along the path that matter the most to us. Milestones come and go, as do successes and failures, but we will always try to make the journey worth it regardless.

Fostering appreciation, mindfulness, and a sense of gratitude for moments along the way isn’t always easy, but we do our best to give ourselves regular shots of perspective. Whether we are reminiscing about Jonny’s cockroach-related culinary misadventures, trading stories with members of our community who come and couchsurf with us, or celebrating small product milestones, we do our best to disconnect from our technological umbilical cords for short periods of creative renewal.

We are also quietly amazed by the fact that despite having lived and worked alongside each other pretty much 24/7 for more than 1,000 days, we are still great friends and have been there to support each other through the tougher times.

Shortly after we joined Techstars, the yellow-shoe-sporting and wonderfully kind Rand Fishkin shared a piece of mentor-ly wisdom that has stuck with us throughout both the highs and lows of our journey. With a cheeky grin, after we first shared our vision for Maptia, his eyes widened and he told us,

Right now, we don’t know where the next chapter of this journey will take us or which direction our story will end up taking now that we’ve launched Maptia 2.0, but that’s all part of the excitement.

And who knows… perhaps next year we will end up on our fifth continent. 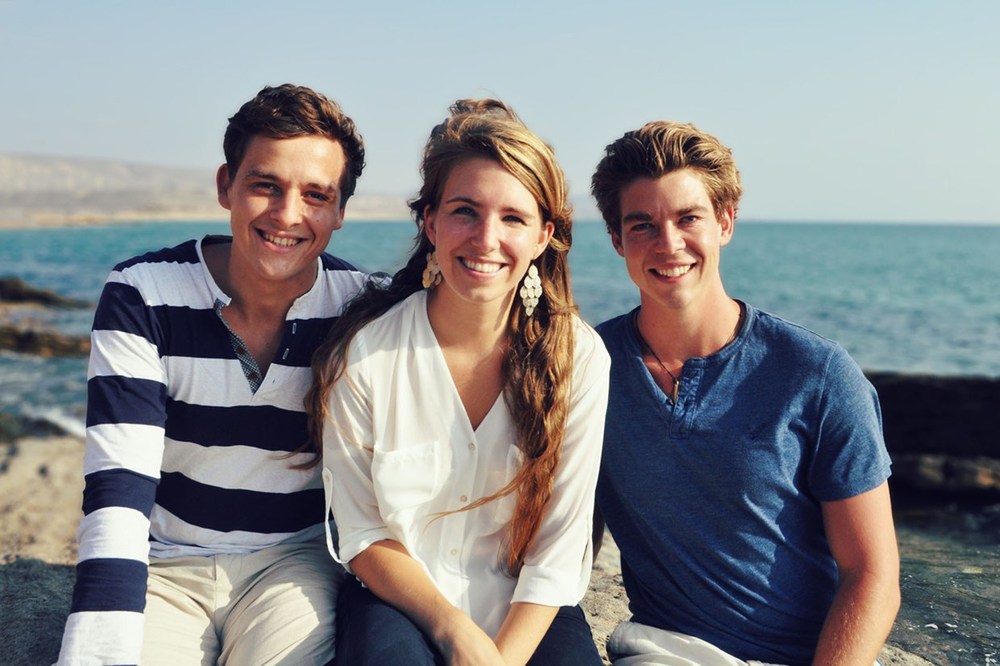 Maptia uses it’s difference to make a difference by building a beautiful, shared record of our lives and experiences from every single place on the planet.