What I Learned from Being ‘Homeless’

In late August, I moved out of the apartment I was living in after a hostile argument with my roommate. Whilst there had been tension between us for a while, it was still a fairly spontaneous decision with little thought going into where I would stay for the next four weeks until I would be leaving London for a few months.

I packed all the clothes I needed into my rucksack and took my valuables and any food that could be used to work with me. Here there was a secure room where I could keep my bags and a fridge in which I could store my food. Then I had to sort out a place to stay for the night…

I quickly established a routine where I would have breakfast at work, eating muesli out of a mug whilst going through emails. After work I would go to the gym or for a run, shower in the changing rooms, hang my towel back up behind my desk to dry, make myself a sandwich for dinner and then pack a smaller bag with clothes I needed for the next day, before heading to the house of a friend who would put me up on their couch.

This was the routine I followed over a period of four weeks, with work being the closest thing I had to a home in London. Whilst my state did not encompass all the elements of what is commonly associated with this term, for one month I was technically `homeless’.

You might ask why I didn’t just check in to a hostel for the month. It was mainly because I wanted to save as much money as possible, especially since rent had been paid for the month ahead. Perhaps without realising, I was testing myself and my ability to handle this challenge in the most economical way possible. However in doing this, I definitely overlooked how demanding it would be emotionally.

At the beginning, I would self-deprecate about my situation to other people, but in actual fact found myself feeling down about it. I’d look at my rucksack in the corner of the store room and feel pathetic. I hated the sense of being dependent on others for a place to sleep. Sometimes I would forget what had happened and feel a blow of frustration when I remembered that I couldn’t simply return to my old home whenever I wanted. I struggled to imagine living like this for four weeks, yet it still seemed preferable to four more weeks in my old apartment.

I would dread the days when I didn’t have to go in to work because of wondering what I’d do with my time. This dilemma highlighted a key benefit of having a home – a place where you are able to do nothing in comfort. Without my own home, I had to spend more time outside wandering around the city. One afternoon as I sat in Hyde Park eating a picnic lunch from the local supermarket, I felt more aware of the fact that I was on my own. I’m used to travelling solo and hence eating alone, yet being in this state in my own country made me feel more self-conscious. I felt like people were staring at me as if it was obvious, as if I had sign attached to me with the words ‘I have no home’ written on it.  I felt like a tourist in my own country and it made me feel insecure as a consequence. There was more of a pressure on me to draw out my time, which only made me feel frustrated with my nomadic state. 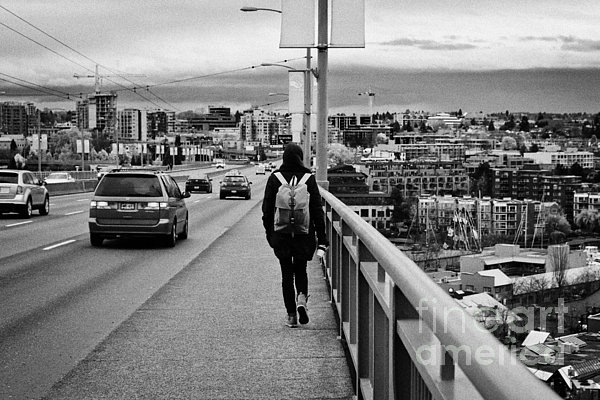 Things were made worse when later that same afternoon, I spotted a girl I had gone to high school with walking along the same street that my friend lived on. Based on previous information I had, I knew she must have recently moved house. I knew she was happy and had a good job, many friends and was in a long-term relationship. In my state, I felt too embarrassed to speak to her because I knew hearing about her life would only make me lament mine at that time. Instead I kept my head down and hoped she wouldn’t see me.

However, as I got more accustomed to this new temporary lifestyle of mine, I began to tolerate the challenges of being `homeless’ a lot more.

I was fortunate to have some great friends who generously welcomed me into their homes. You might say `Of course they would, if they are your friends’, but having anyone in your house for a few days can grow tiresome quickly, particularly when there is little space. Because of this, I tried to turn up to someone’s house as late as possible and established a rota system where I would stay for only a few days at a time with one friend before moving on to another.

However, the extra time spent with friends proved to be extremely valuable because it served to strengthen my relationship with each one. The time together allowed for greater familiarity and understanding. I began to view my state of dependency as a positive element, because being vulnerable can reveal caring qualities in another. When I look for a new place to live in London, it will now be even more important to me that I have a place with sufficient space that allows me to entertain friends more often.

I was also lucky to be able to go back to my family home located a few hours away for a few days of this month. This allowed me to wash the clothes I needed and store away those I didn’t. I could eat hot meals in warm comfort and be ‘looked after’. This made me appreciate even more how lucky I am to have loving parents and the option of returning to them when in need.

When it came to weekends off work, I started to get more out of this  free time in the city. I would visit places I had never gone to before, such as museums and parks. I would enjoy being able to wander around aimlessly and observe people around me. I realised from doing this how little I used to get out of my weekends when I had an apartment. In those days I would waste so much time cooped inside looking at my laptop when I could be outside exploring, learning and socialising, without necessarily having to spend money doing so.

I also found that being `homeless’ benefited my level of health and fitness. Having no secure living space of my own caused me to subconsciously develop a frugal mind-set which led to me rationing food. I had less of an appetite from a sense of having to save money and subsequently turned into a `snacker’, mainly because I wanted to avoid being a hindrance on any of my hosts financially and instead use as little of their electricity and water as possible. In addition, to fill time I was exercising more often. I felt fitter, healthier and the most content with my body that I had for a while.

Perhaps most significantly, I began to enjoy the simplicity that came with being `homeless’. I changed my approach and began to regard this experience as an adventure down new avenues. Having only a few essential items with me highlighted how little humans need materially in order to live a decent life. Saving money felt good and reinforced the point of how unfulfilling having lots of ‘things’ can be.

Overall, I found that I gleaned much value from my brief experience of being `homeless’ through the impact it had on my perspective towards friendship, lifestyle and material wealth.

I am not able to relate to the commonly-referenced homeless person who lives on the street, nor am I attempting to do this though writing this article and in turn downgrade the difficulty of their situation. I simply hope that this article highlights how beneficial it can be to spend some time living without the comfort and security of a permanent home and material possessions.