Why Do You Hate Us? 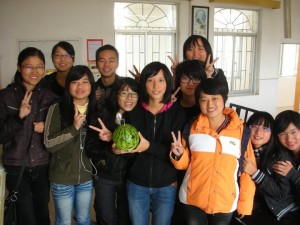 The question, framed with all the confused innocence of a child, speared me right through my core.

I, who usually have such a comfortable relationship with words, am still lost in the heartbreaking jungle tangling the hardest question I’ve ever had to answer in my life.

It was posed by Racher, one of my favorite students. I was teaching her and others ESL in a rural Hunan province, China, 2011. In order to understand the layers running rampant through this issue, you first have to look at the relationship between our two cultures, and even more importantly, the relationship China has with it’s own people.

The majority of Chinese people worship Western culture. I neither justify nor condemn them for this, it is merely a fact of life. I find this especially interesting because so many from our culture are equally fascinated with the mystery and grandeur of China’s 5,000+ year saga.

I definitely wasn’t prepared to be put on a pedestal. Strangers on the street, students, new friends and acquaintances all bombarded me with questions, requests for autographs and pictures, thirsting for even the most mundane details of our existence.

Our pop culture feels like the sweetest ambrosia to them, as they chant the names of various celebrities with supreme glee. Many beloved Chinese models and celebrities are the ones with Westernized features (prominent nose and chin, big eyes, etc.) and far too often, print ads don’t even feature Asian models.

Idealizing someone or something often results in a hard fall– and not only for the one being revered. This latest plunge caught me unawares on a sunny afternoon, with the scent of dumplings, xiao cao and stinky tofu stampeding through my semi-reluctant nostrils.

Racher came by for her usual bi-weekly tutoring session. She was 19 and one of my more gifted pupils with her middle-school level English. She was often eager, almost overexcited, yet still managed to exude discipline and commitment. She was also, like many in our area, extremely devoted to her hometown hero, Chairman Mao. But that’s a different story.

Today she was unusually quiet, almost crestfallen. After her favorite exercises didn’t cheer her up and we worked in an unfamiliar pocket of silence for 20 minutes, I asked her what was wrong.

At first, she was reluctant to talk about it.  Blushing and averting her eyes, she averred softly that nothing was the matter. After some unrepentant poking and prodding, she finally told me.

And I almost wished I could travel back in time and unhear the devastation entombing her inner spark.

She had been exchanging e-mails with a friend, one of the extremely rare few permitted to leave the country legally. Now in the U.S., Bonnie was as innocent and eager as most of my students, overflowing with love for Western culture and all it represents to them: glamour, beauty, light and freedom. She couldn’t wait to soak up every last drop of the Western world she had long loved.

Instead, what she encountered was disdain. Racism. Judgement, dismissal, superiority. I’ve seen it’s effects all-too-often myself but, to my shame,  never really paid attention. The stigmas and stereotypes we paint so many cultures with seems to find even deeper roots with Asians and especially Chinese.

We mock their driving, their math skills, their take-out shops and nail salons. We lampoon their leaders, their traditions, the fact that everything now seems to be manufactured over there. We heap our negativity on them like a seal of condemnation, refusing to see ourselves in their league.

In a sense, we’re right. Because they’re better than us. To have survived in a country so rigidly controlled that choice is essentially an illusion, to have braved unknown waters and the very real threat of their own goverment to emigrate somewhere “better” only to be met with censure and shame and, unyielding, carve out a life for themselves, to still be able to love and hope and dream despite overwhelming odds… they are nothing less than heroes.

Bonnie, crushed that her idols proved to be callous cowards, one day encountered a group of liberal students castigating her and her country for Tiananmen Square. What they didn’t even bother to question was that Bonnie, like most Chinese citizens of younger generations, has no idea what that is. When I very carefully asked a select class “what do you think of Tiananmen Square?” I braced myself for shock and controversy, horror and sadness, possibly being hauled out of the classroom by faceless officials. I would never have been ready for what came next.

Bright faces turned to me with the satisfaction of a correct answer. It was then that I realize just how much of their own government, their history and culture was kept from them. They’re completely ignorant of so much that the rest of the world condemns them for, totally confused why the people they most want to emulate resents them for something they are entirely unaware of.

My heart broke a little then, and now, with Racher gazing trustingly at me hoping I’ll somehow tell her it’s a mistake, that my countrymen weren’t really that cruel… I could barely look her in the eyes.

That day, I made a promise. I wouldn’t accept this horrible truth as the best we could be. I would never forget the confused, hurt look in Racher’s eyes, the blatant despair in Bonnie’s words.

That I would share their story, tell the tale of the Tiananmen Square that wasn’t over and over until we break free of our glass houses.

Culture Stereotypes Stigmas Travel World
About
Nicole Edry
Nicole is currently a Creative Project Manager at a globally integrated media company in New York City. She has learned from a medley of professional fields, such as consulting, marketing, branding and events. Her unconventional career path includes freelance writing, production for an award-winning adventure/travel and culture show on ABC and learning the value of diplomacy in Yale’s PR office. She’s gone from growing up summers as a teenager in Israel to puttering around her abuelo’s farm in the Dominican Republic, wandering across Europe during junior year of college to most recently teaching ESL in rural China in 2011. With a bachelor’s degree in World Politics from Hamilton College and roots in activism & nonprofits, her true passion is building bridges between peoples, places and cultures.
Recent Posts
Popular Posts
Follow Us on
Copyright All Rights Reserved © 2015