How I Became Mulan By Nicole Edry

80 pairs of eyes were on me and I had zero idea what to do next. We didn’t speak the same language, I didn’t know any of their names, and somehow I was supposed to educate them for the better part of 2 hours. 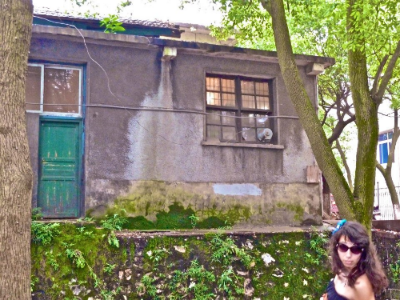 Two weeks earlier, after what felt like a million hours on airplane, bus, train, taxi, and more public transportation than I care to mention, I had arrived in Xiangtan. What felt like a spur-of-the-moment life-changing decision now seemed like an absolutely insane, highly idiotic whim.

When my friend Zak told me he’d co-founded a startup educational company in rural China that he wanted me to do PR & Marketing for, I laughed. When he added that I’d have a second job as a teacher at a local university, despite my having no aspirations in that field, I laughed harder.

Especially since it wouldn’t be somewhere with cross-cultural interaction and English speakers like Shanghai or Beijing, but a sleepy rustic community of farmers where gangsters and laborers mingled freely.

Not helping was the fact that I spoke zero Chinese– and it’s one of the hardest languages in the world to learn, we had only graduated a year ago, and I was still trying to figure out who I was and where my career was going.

Did I mention it was the birthplace of Chairman Mao? Chock-full of die-hard loyalists that I with my outspoken ways, journalistic tendencies and poli sci degree would have to be somehow diplomatic with.

For all these reasons and more, China seemed like it would be more of a romantic indulgence for my inner traveler than a serious step in the right direction.

But then, I actually thought about it. How many times in my life would I get the chance to live in a mysterious 5,000-year-old country that’s only been open to outsiders for a few decades? So I ended up with 2 suitcases and a lot of questions at my local airport.

After a fair amount of bickering with the taxi driver (who took my lack of linguistic skills as prime opportunity to swindle the newcomer), I arrived. Little did I know the next year would be one of the most rewarding, heartbreaking, stomach-churning, fearful, magical times of my life.

I was one of maybe 50 foreigners in a “small” city of about 4.5 million. We were aliens, Magellans surrounded by natives, the only faces that looked different in the sea of people swarming the sidewalks. My ESL training was non-existent, and our program director didn’t seem too concerned with, well, anything.

Heading into my first Oral English class at Xiangtan University, I didn’t know what grade I was teaching, what their prior curriculum was or their level of English-speaking ability. I had no class roster, and no idea how incredibly, insanely hard teaching is. Thankfully, I’ve always been a comfortable public speaker, lover of pop culture and perfectly fine with making a fool of myself in public.

I quickly learned that typical class size was 60-80, any mention of Gaga or Rihanna was met with cheers, discussion and interaction with the teacher was discouraged, and that maybe 5-10 people per class could speak junior-high level English, perhaps another 10 could speak grade-school English, and the rest could barely speak at all.

That didn’t stop their bright, eager faces looking up at mine as if I had some grave, unearthly wisdom to impart.

I felt like a fraud, a charlatan. Since they were sophomores in college, I was only 2-3 years older than they were. Sure, I’d traveled but I’d never felt particularly knowledgeable or mystical. But looking back at them, feeling their yearning expectations weighing against me in the air…I couldn’t let them down.

So together, we forged ahead into unexpected paths: I taught them the basics of pronunciation, diction, critical thinking, etc. and mixed it with music lessons, movie watching, “Passports” to learn about other countries, Red Rover and Capture the Flag. In return, they taught me some Mandarin, insights into their stunning traditions, how to eat street food and how to never give up.

I learned that revolutionaries come in all shapes and sizes, and that “average citizens” are no less awe-inspiring. I learned that even the most subtly shaded differences can be beautiful. I learned that what we considered to be menial or “beneath us” jobs here in the U.S. were respected in China.  I learned we take so many of our freedoms for granted.

I was heartbroken most when, upon learning gay marriage was accepted in the U.S., my adorable 19-year old lesbian student responded, wide-eyed and incredulous, with “Teacher, you are free to love whoever you want there?”

Even if working 2 jobs in China didn’t polish my resumé, I wouldn’t have traded it for anything. Yes, because of my utterly amazing students, and perks like our adoptive Chinese family naming me Mulan– after one of the awesomest heroes (okay, and Disney movies) of all time, thank you very much.

But really, it’s because I learned that even the strictest limitations, scariest officials and deadliest threats can’t break the human spirit.

In a swell of people largely forced to conform, creativity, heart and defiance still bloomed. Even when they literally were blocked from communicating with the outside world, they found a way. Their resilience, curiosity and indomitable spirits were incredibly humbling, profound and devastating.

So the next time an opportunity comes along, even the utterly ridiculous laughable ones, even the ones taking you far away from home and everything you know, even the ones shaped like windows or keyholes instead of doors, take it. You’ll probably learn things about yourself you couldn’t even begin to imagine.

And even better, you’ll connect with those who on the surface have nothing in common with you, but ultimately teach you more about your own humanity than you’d ever thought possible. 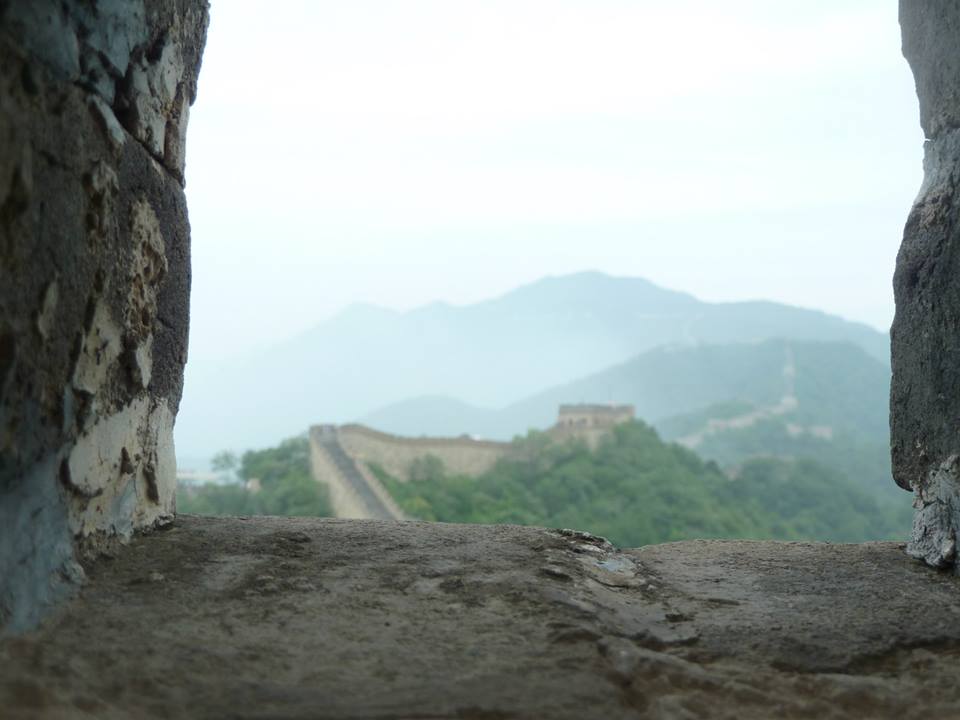 About
Nicole Edry
Nicole is currently a Creative Project Manager at a globally integrated media company in New York City. She has learned from a medley of professional fields, such as consulting, marketing, branding and events. Her unconventional career path includes freelance writing, production for an award-winning adventure/travel and culture show on ABC and learning the value of diplomacy in Yale’s PR office. She’s gone from growing up summers as a teenager in Israel to puttering around her abuelo’s farm in the Dominican Republic, wandering across Europe during junior year of college to most recently teaching ESL in rural China in 2011. With a bachelor’s degree in World Politics from Hamilton College and roots in activism & nonprofits, her true passion is building bridges between peoples, places and cultures.
Recent Posts
Popular Posts
Follow Us on
Copyright All Rights Reserved © 2015