Culture arrests all of our senses. It’s not only the sights of a breathtaking landscape, but the distinct smell of the land and its flora and fauna or pollution, the tastes of a dish, and the compilation of sounds that make up our culture. However, we don’t appreciate a sight, a smell, a taste, the feel of something, or a sound until it reappears after a long absence. It’s precisely then that it consumes us and makes us feel all kinds of emotions. One that’s particularly familiar, but not exclusive to, hyphenated cross-culturals everywhere is perhaps the feeling of nostalgia. Thus I present to you my first soundscape; an homage to the first chapters of my cross-cultural life in which my childhood Self tried to learn where she was from. (Spoiler: the answer is everywhere.)

This soundscape is a sampling of sounds culturally significant to me as they relate to my “countries of origin” B.U.S.A (Before USA): Russia (where I was born), Mongolia (where my mother is from), and Mexico (where my father is from). I lived in each country briefly, and have stayed in contact with Mongolian and Mexican communities alike, fostering friendships in Spanish and Mongolian since childhood as a way to hold on to my roots. It is a simple piece, but hopefully you can enjoy it for what I meant for it to be. A unique glimpse of the overlapping buzz that occurs when my identity, a mosaic of this and that, collide in my mind to evoke the euphoria of belonging and owning at the same time.

The song that starts my soundscape off is a “Setgeliin Egshig” a classic Mongolian melody interpreted by famous violinist Deegii (pronounced DEH-gii). Setgeliin egshig is roughly translated to “a melody of emotion” and while there are many versions of this melody, Deegii’s version has always been my favourite. Hearing it reminds me of the intricate and profound, almost esoteric, emotions of the Mongolian psyche. Then, just few seconds in, Anton Pushkin’s “Ya Vas Lyubil” is recited. Meaning “I loved you so”, it takes me back to what I imagine my parents’ love story in Moscow to have been. In my Mongolian-Mexican-American-studying-abroad-in-Australia reality, Russian seems almost irrelevant but when I hear the distinct sounds and intonations of the Russian language I feel something akin to meeting a long lost sibling.

Just as Pushkin’s poem is ending, “Setgeliin Egshig” also slows down and drops in volume, allowing the poem recited at during the trailer for Les Passagers: A TCK Story to begin. One part goes:

“I come from here,
I come from there,
In truth I come from everywhere.
My tongue does not have a mother,
My language is an open mind.”

This portion of the soundscape speaks to my mastery of the English language; it alludes to the fact that English is the language that best explains my cultural, for a lack of a better word, condition. In English, the condition has a name and it’s called “Third Culture Kid” where I seem to wade in shifting waters, this invisible space that is not recognised by a common passport, creed, race, or language, but a myriad of them. It’s liberating, sometimes confusing, always beautiful; a sort of alchemy of culture. 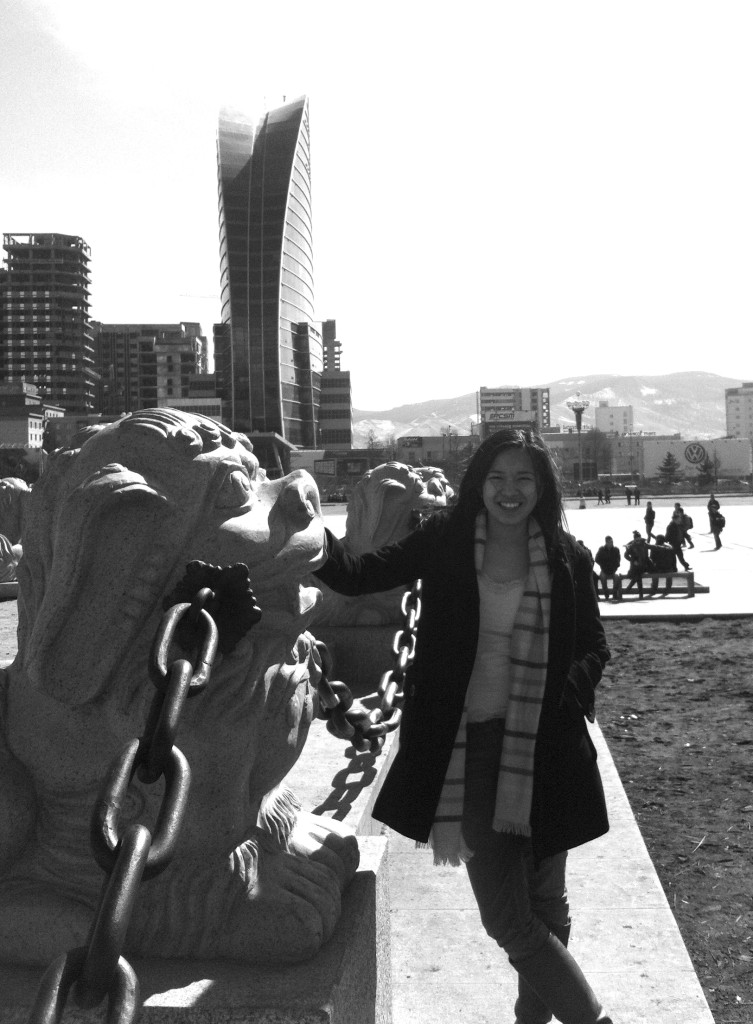 A Mongolian long song then creeps in, increasing in volume as the first stanza of the famous patriotic poem “Mexico, creo en ti” (Mexico, I believe in you) is recited. With all its beauty, Mexico is also a country with a corrupt state, where journalists are not safe, murders of students go unprosecuted, and drug cartels terrorise. With this poem I express my joy and sadness to the country; I also also say “I believe in you”. The poem touches upon Mexican beauty, laughter, and sorrow. On the other hand, the Mongolian long song, and many like it, is the kind of music my emee, grandmother, exposed me to during childhood. The poem is one that has always awoken an indisputable Mexicanness within me, and the long song without fail arouses in me an unmistakable Mongolianness.

Slowly it all comes to a pause, a breather before”La Bikina” begins to play. “La Bikina” is a famous Mexican song that continues to be interpreted by many artists. While I cannot find the version I used for this soundscape, here is an alternative (and another) in the meantime. Just as a Mexican poem crept up on a Mongolian song, an equally patriotic Mongolian poem creeps up on this Mexican melody. Natsagdorj’s “Minii tursun nutag” (The land where I was born) is a poem that most, if not all, children in Mongolia have memorised in primary school. It eloquently, poetically, and romantically describes Mongolian land and geography. Whenever I hear poems like “Mexico, creo en ti” and “Minii tursun nutag” I remember that despite our nationalities, regionalisms, et al, we as human beings simply love having someplace to call home, to call our own.

The last part was a deliberate cross-pollinisation of sound, culture, and patriotism. While this excites me, I understand that this particular part may be almost cringeworthy to Mexican and Mongolian ears alike. Would we mix the Pledge of Allegiance with, say, audio from another country’s pledge? I get it; it’s unorthodox. How can a piece of national art, culture, and literature, be split and put alongside something foreign? Ah, but see, it’s not foreign to me. For me, they go hand in hand, and while I respect each work as individual pieces in their respective cultures, my lived experiences allow me to justify this particular mash-up. They’re the closest I could be to mapping out my thoughts; it’s mine.

People in the world are having more cross-cultural experiences than ever before in history, and the sounds, smells, feels, tastes, and sights that make us who we are challenge stereotypical assumptions others make us on a day to day basis- i.e. based on how we look and what our passports say, the language we speak, what we eat, etc. While my relationship with Mexico and Mongolia has grown since I produced this soundscape, I suspect it will continue to develop as I continue to understand notions of belonging and document each step. All this to say, in a world that often tells me who I ought to be, I am here to tell it who I am  through all that’s available.

Even if it’s just Garageband.