What Attracts You to Some Places More than Others?

Is it the food? The climate? The pop culture?

For me, it’s most definitely the people. As a Third Culture Kid (TCK), I’ve moved quite a lot, and when in school, I often struggled to make friends each time I moved. It was this that eventually made me realise, and it took until I went to university, that the overall experience of encountering a new place, learning about its history, culture, idiosyncrasies, of softening incidents of culture shock, and in the process learning a lot more about oneself, is through the people you encounter along the way.

Don’t get me wrong – not everybody you meet will be worth your time or attention, not everybody will show you all that you want to see, or teach you that which you want to learn about a place or its people. In fact, I’ve met plenty of well-travelled millennials who have visited more countries around the world than I have, but learned very little about adaptability, tolerance, flexibility, or simple tact when communicating cross-culturally. Sadly, this isn’t something that is easily perceived, especially in today’s ever-shrinking world where travel is often lauded as the ultimate way to open your mind, soul, and perspective, and well-travelled individuals will more often than not benefit from an expanded world-view.

But people sometimes forget that travellers, even well-seasoned travellers, are often forgiven more easily for their cultural faux pas than those of us who have had to immerse ourselves into a country or culture because of work, school, or family. While people expect mistakes from those whom they consider foreign, TCKs often adapt to their host culture in a way that might make them seem better integrated, until the day they may themselves commit a cultural faux pas, or the times when they come across as “different” or “weird” compared to their peers.

I haven’t loved every place I’ve been to, and though the experiences have been both positive and negative, they have been worth all the life lessons that came with them. As a TCK, I often find that I feel a sense of disquiet with places, situations, even individuals that are so focused in on their own lived experiences that the rest of the world loses all importance. From speaking with other TCKs, I’ve come to realise that this is something we’ve all struggled with at some point or the other – how can people appear be so self-centred, so focused in on themselves and their immediate surroundings that they stop caring (or at least appear not to care) about bigger, more crucial events happening around the world?

I don’t think this is a culture-specific occurrence, but rather, context-dependent. In the UK, for example, the term “multicultural” is one that gets thrown around a lot, but for any expat that’s travelled beyond London, it slowly becomes clear that this ideal is far larger than the reality. So it was that when I went to high school in the UK, the last thing I found it to be was multicultural – from being the only non-white student in all my classes, to having classmates that hadn’t heard of any of the countries I’d lived in before I got to Wales or England. 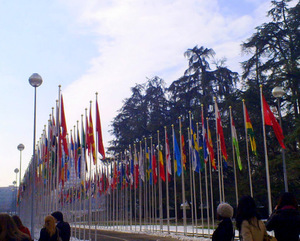 Fast-forward a few years to university, where although I was still one of the only non-white people in most of my classes, being an international student was suddenly a recognisable trait. I had the privilege of finally meeting people from other European countries, and from China, India, and USA. For the first time in what seemed like my entire lifetime, I finally felt that I fit in a little bit because no more than two or three people in my group of international friends were from the same country or culture. This experience only got better when I began living in London, where not only was the mix of cultures even more diverse, but also that of ethnicities, religions, ages, and languages. And it slowly dawned on me, “Yes, I can see why people might call UK “multicultural.””

But I never forget that this experience of diversity, with all its different connotations, and of being surrounded by so many different people in one place is above all – a privilege. And yet again, this was a privilege that I learned to truly appreciate by travelling once more to a new place, which is a whole other story for next time!