A TCK’s Perspective on Cultural Appropriation 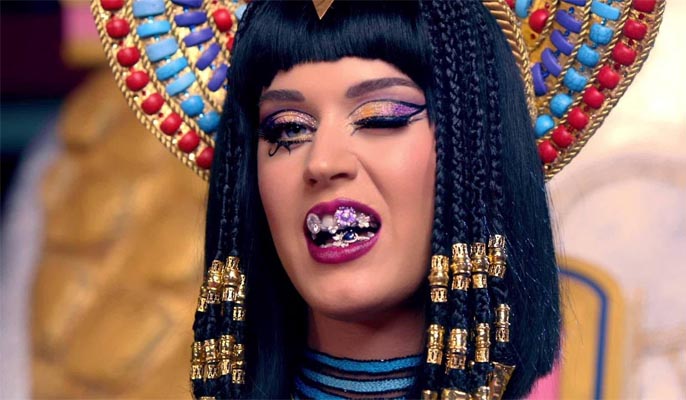 As a TCK we are not only exposed to various cultures but may even adopt them or identify with them. However it is important to note that identifying with a culture does not necessarily make it your own. We can change our behavior and our degrees of acceptance for other cultures but we cannot change our ethnicity. Someone can live in China their entire life and truly identify with Chinese culture, but they will never be Chinese. As a TCK the thin line between cultural appropriation and appreciation is one we teeter on and often cross over in both directions. It is difficult, at times, to tell if we are wearing or doing something that is offensive or if we are showing love and appreciation. My general rule is if you have that doubt, don’t do it, and don’t wear it.

There seems to be a lot of talk these days about appropriation and that is a good thing, it educates those involved in those conversations. However, as with many things, we can often take it to the extreme. Are you wearing that native/tribal garb as a souvenir, because it’s pretty or because you truly understand and identify with this cultural on a personal level that places you within that culture?

For example: A white woman who converts to Islam and wears hijab and an abaya. This is accepted as a religious practice and open to anyone who is Muslims. However, what if she wears dress that is specific to a certain culture like a dress specific to a tribe in Morocco? The former is perfectly legit religious attire while the latter is specific to a culture and geographical region and has significance to the people in that region. Another example: The black and white Palestinian kuffiyeh. This scarf is a strong symbol of Palestinian resistance and perseverance. It is also worn culturally by many Arab men as traditional dress. This has been a heated debate in the activist community for some time. This scarf has become a trendy staple in every hipster closet and now comes in every color. (I have a pink one. I am Palestinian and I should know better but at the time I could not resist. I have never worn it and probably never will.) There have been hash tag campaigns to bring awareness that this is not a fashion item, it’s a cultural tradition and symbol of a very specific resistance. It is very awkward when I approach someone wearing a kuffiyeh to thank them for their support of my people and they look at me like I am crazy because they could not place Palestine on a map if they tried. But, it looks so cool, right? Wrong. It is particularly offensive to see soldiers wearing it. That particular issue is for another day. If you do not support the cause then do not wear its symbol. I have many friends who do support the cause, they are die hard activists and they do not wear it to the grocery store, they wear it at a protest or action where it is appropriate to do so.

Many celebrities have come under fire for appropriation recently. Most recent in my mind is Katy Perry for both her Japanese costumes during an awards show performance and for her Dark Horse video. Katy Perry grew up around Japanese people, a family of missionaries and they hosted many Japanese students. I am sure she thought she was appreciating and paying homage to Japanese culture and I am sure her close friends, even her Japanese ones, understood this but the rest of the world did not. Nikki Minaj came into criticism recently for wearing a feathered head dress on the advertisements for her upcoming tour. Though many called her out for cultural appropriation it was quickly noted that she is from Trinidad and her headdress was very distinctly Trinidadian, not Native American. Urban Outfitters is constantly in the hot seat when it comes to appropriation and at this point we all need to recognize they know exactly what they are doing, and it is working for them. However, stores like that are spurring on the trend of wearing other cultures traditional dress as a fashion statement. Yes fashion is influenced by culture, it always has been and that is normal. You can create a peasant top that draws on cultural themes without it being an exact replica of a traditional dress.

Cultural appropriation tends to happen in one direction: from those in power to those that are marginalized. This is the root of the issue. The power group holds stereotypes and prejudices and reinforces those by claiming certain parts of a culture, while in most cases still demeaning that same culture for those same features. That uncivilized culture is so bizarre for the things they do but they sure do have pretty “fill in the blank”. Traditional dress of various cultures usually stem from a religious background or a background of oppression and/or resistance. These things are precious; they are part of a specific history and situation that is typically only special and sacred to those directly in it. This makes it burn even more when another group, usually one having some kind of power or privilege takes that item and turns it into a trivial fashion piece.

Another aspect of appropriation is the exotification of certain cultures. This often happens with Asian and Middle Eastern cultures. The exotic veiled woman, the exotic Geisha, the mysterious Asian woman is a common and always offensive portrayal. These stereotypes of extotification go hand in hand with over sexualization. For example: White, non Muslim women wearing face veils with a ton of makeup and a bedazzled face. Another example: dressing up in traditional Geisha dress, jeweled faces that mimic Hindu religious practice. One way to test whether what you want to wear is appropriation is to ask yourself if it is part of a religious or ceremonial practice, if it is and you are not part of that religion or ceremony then you do not need to wear it. Another aspect is a sense of domination, privilege or ownership. TCK’s rarely feel they own any one culture, but we do typically feel a stronger connection to one than the other. It is important that we respect and adapt to the culture we are living in, that is part of the beauty of being a TCK. While doing that it is also important that we recognize we are still an outsider, no matter how strong our connection may be. There are some aspects of that culture that will never be appropriate for us to adapt into our lives.

I have studied anthropology in college with a focus on Middle East and African studies. I have traveled and lived in African and Middle Eastern countries. I am Greek and Middle Eastern (Egyptian and Palestinian). I adore African masks. I am obsessed with them; I find them fascinating from an academic, cultural and aesthetic standpoint. However, I do not buy fetishized African masks from Home Goods. No matter how cool they look. I recognize that this is appropriation; it’s disrespectful to the customs of many diverse cultures that use such masks for many reasons, all sacred. I do have many such masks hanging on my wall. I have been given or bought them from the source in Africa, the Middle East and some were gifted to me from other parts of the world. They are authentic and awesome. This is appreciation because I have a history and identify with the cultures in some way. If I wore them it would be appropriation and it would probably scare people at the local coffee shop half to death.

Appropriation does not just happen in what we wear. Appropriation can happen with any aspect of culture like language, folklore or stories, symbols and dancing. Dance in particular is a tricky one. There is typically nothing wrong with a dancer learning various kinds of dance. It becomes an issue when a belly dancing troupe shows up at an international festival and they are all white women, or women who have no connection what so ever to cultures that perform belly dancing. Or when a traditional Asian dance is part of a cultural play or presentation but the dancers are not of that culture. Does this mean that someone living in or visiting Egypt cannot learn or partake in Belly dancing if they are not Egyptian? No! I “learned” how to hula dance when I was in Hawaii. That is cultural exchange and it is beautiful!

TCK’s should be at the forefront of such discussions. We identify with many aspects of many cultures and while we cannot speak for that culture (nor should we ever attempt to) we can speak of our own experiences with various cultures and peoples. We can show appreciation in a respectful way without demeaning something or someone.

As a TCK we grow up immersed in a particular culture (or two or three or four) and since this is happening during our developmental years it is expected that we take on aspects of that culture as our own, because in many ways they indeed are. It is important for us to recognize the aspects of that culture that are scared, rooted in resistance and oppression and respect them. We do not have to take sides or agree with any particular part of politics in order to respect that someone holds something sacred. We may think “oh they are just being sensitive, it’s just a headdress, scarf, dress etc…” but it is not up to us to determine what is offensive to other people. It is, however, up to us to respect their position and feelings. This is when true cultural appreciation and exchange can take place and when we become true global citizens.

So how can we show love for another culture? I say stick to food. Food is always safe. Eat all the foods you want, exotic, flavorful, awesome food.

Two very informative articles on exactly what cultural appropriation is:

From a standard viewpoint

From a TCK viewpoint